This post was published Christmas 2009.  I have added some photographs to the original for this 2010 Christmas.  I find “Christmas Eve music in Old California” poignant with the cultural interaction. 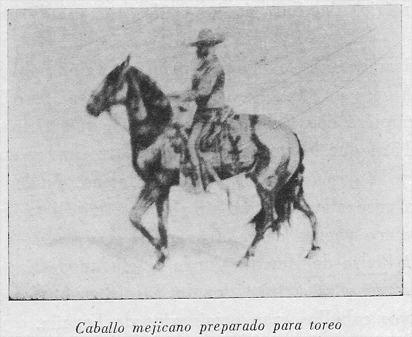 Christmas in California before the Americans came [1840s] was a season when all the grown people had as much fun as the children do now.  And the children had so much fun that they never got over it and ever after loved play and presents more than work and hard bargaining….

One Christmas Eve, I remember best, there was a full moon.  Over all the ground there was a glittering frost, just enough to whiten everything, yet not enough to even nip the orange trees which at this season of the year hang full of fruit and blossom both….

We had much music–guitars of the Mexican and Spanish type, made with twelve strings of wire, and mandolins.  After supper there was dancing in the patio, coffee and cigaritos on the veranda, and singing everywhere.  Someone said it was a beautiful night for a horseback ride over the valley to the Mission Santa Clara.  The horses in the corral were soon saddled.  There were twenty-five or thirty of us young men and women.  Our horses were the best of the big herds that were attached to every rancho….The saddles, bridles and spurs were heavily covered with silver bullion ornaments, as in those times we put silver on our horses instead of on our dining tables; for Spaniards…live on horseback, and they eat but to live, instead of living to eat.

Riding out of the patio gate it was like a scene from the time of the Moors in Spain.  As our horses snorted in the cold air they spun the rollers in their bits, making music that only the Spanish horse knows [1].

Mission Santa Clara Asís established in 1777, was located a few miles south of San Francisco.  This mission and adjacent Indian pueblo eventually grew into Santa Clara and San Jose.  The mission is now located on the campus of  Santa Clara University.

Frank Principe, silversmith from Lindell Beach, British Columbia, writes that many of the old California-type bits, such as the Santa Barbara, were designed with Islamic religious symbols.  The symbols included seven buttons, half moons, and starts.  This is traceable to Moorish occupation of Spain until the 1490s, the Cortez expedition to Mexico, and other adventures.  He writes, “For the last one hundred years or so most North American bit makers have been using these designs without realizing their historical significance.”

Sweet Hija (Spanish for “daughter”), my black mare, has King Ranch breeding.  Even today, King Ranch provides ranch horses for Mexican ranches.  Of all my horses, Sweet Hija is the fastest and most energetic.  After saddling Hija, I must run her about the round pen to work off her energy before she is ridden.  She is the most alert and sensitive to her surroundings, spotting deer a half a mile away.  I have to use binoculars to see what she sees.